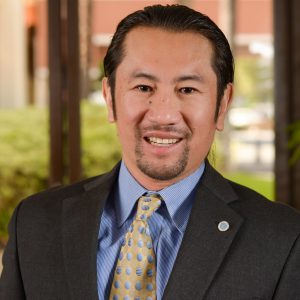 The NACC serves as a conduit between 54 Area Councils across the United States and BGCA’s National Board of Governors. The NACC provides guidance on matters that affect member Clubs, and promotes the growth, development and effectiveness of all Area Councils. The NACC also provides representation and a voice for more than 4,100 Clubs that impact nearly 4 million children and teens each year.

Since 1965, the NACC has been instrumental in bringing some of BGCA’s most important decisions to the forefront. From the assurance of a warm, fun place for young boys to a worldwide organization that serves both boys and girls, to the continual focus of ensuring youth will continue to enter the doors of Clubs that are affordable, safe and programmatically enriching.

“We are pleased that Jim will serve in this important volunteer capacity to give voice to our local Club leadership,” said Lorraine Orr, Chief Operations Officer for BGCA. “We look forward to Jim’s leadership in Northern California and the Central Coast as we work together to create great futures for America’s kids.”
Jim and his wife Lisa Azbill wanted to give something back in their small community of El Sobrante, so they visited their local Boys & Girls Club one day. Jim and Lisa decided that the Club was truly a safe haven for many young people and their families in the El Sobrante area. In 2008, they both joined the Board and have since dedicated over eight years of their energy, time and resources towards creating a greater impact in their Club and community. Jim became the Board Chair during a time when the Club was struggling for leadership and helped lead the Club through its biggest transformation, becoming a true governance board. He still serves as the Board Development Chair and continues to advocate for recruiting talented and passionate volunteers at all levels to the Club. He firmly believes that without strong Boards, Clubs cannot succeed.

Jim has not only been a champion for his own local Club but has also stepped up to work for Clubs throughout all of Northern California. Jim spent five years as Chair of the Northern California Area Council (NCAC), representing the 43 Clubs in the region. During his time with the NCAC, Jim helped organize and elevate the Northern California Youth of the Year (YOY) competition. With his hard work, it has become a greater showcase for our inspiring youth with a selection process that is more inclusive and engaging for local Club Board members. Jim also chaired the NCAC Townhall Meeting and Board Training Conference for five years. By doing so, he has given Northern California a voice in the National Movement and given local Clubs the opportunity to hear from, and give input to, the Boys & Girls Clubs of America. Jim has also been the Board Lead on the Pacific Regional Conference Committee and has attended a number of National and Regional Conferences representing his own Club, as well as the other 43 Clubs in Northern California. He has always been a big supporter of National, Regional and Local Clubs working together to best serve the kids in our communities.

In 2015, Jim was awarded the prestigious W. Clement Stone Award at the National Conference in Chicago. This is one of the highest honors given to a local Club Board Member at the National level.

About Boys & Girls Clubs of America